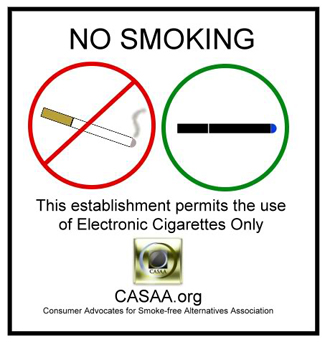 In the 1950s, tobacco cigarette commercials featured doctors. Back then, people were not aware of the now well-known adverse effects of smoking. Today, it is believed by many that the public is just as in the dark when it comes to electronic cigarettes.

Since they first hit the market almost a decade ago, e-cigarettes have become all the rage among nicotine users. While the revenue of the industry still pales in comparison to the tobacco industry, it is still raking in billions of dollars per year and there does not appear to be any chance of sales slowing down any time soon.

In fact, a number of experts believe that in about a decade, e-cig sales could catch up to conventional tobacco cigarettes. Currently, there are over two hundred different brands of electronic cigarettes on the market and more products are showing up all the time.

The Theory of Risk Free Cigarettes

In theory, an electronic cigarette can provide the user with the best of both worlds. You get the pleasure of the nicotine, yet you do not have to be subjected to the carcinogens and toxins that are found in regular tobacco cigarettes. Reportedly, e- cigs are able to accomplish this impressive feat because they work by heating liquid nicotine as opposed to burning tobacco.

The majority of electronic cigarettes look like metallic colored tubes that are similar in size to conventional cigarettes. On the inside, there is a container for the liquid nicotine and a battery. The battery powers a small heating element that turns the liquid into vapor that the user can inhale. Therefore, the widespread theory is that without tobacco the risk of cancer is eliminated.

There have been studies that suggest that the vapor produced by electronic cigarettes contains some of the carcinogens and other toxins found in traditional cigarettes. However, it has yet to be determined if the level of these toxins are great enough to cause any harm. Research has shown that the amount of toxins that have been found in e-cigarettes are still hundreds of times lower than those found in tobacco cigarettes.