A History of e-Cigarette Brands

Electronic cigarettes first hit the market around the year 2008 from a revolutionary idea by Hon Lik. However, the concept of electronic cigarettes goes back as far as 1963 from an idea by one Herber A. Gilbert, who patented a device for a smokeless non-tobacco cigarette. Over the years, the e-cigarette has gone through a number of changes, resulting in the innovative devices that are now available on the market today. 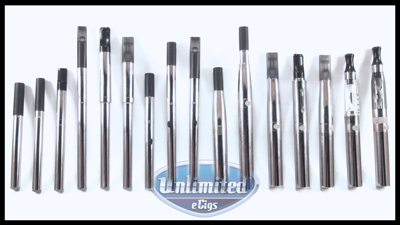 The Mini e-Cigarette was the first model to be released. It bore a strong resemblance to a real full-size e-cigarette. The Mini e-cigarette used the famous auto control, which only required you to puff in order to operate the device. The auto battery was used all the way until the release of the 510.

Next, we released the Super Mini e-Cigarette 401, which was actually even smaller and looked more like the real thing. These two models were somewhat of a hassle due to the fact that the batteries were very small and not very long lasting at all.

So, we came up with the Pen Style e-Cigarette EC112, which had larger batteries and used an atomizer. It was designed to look like a pen. After the Pen Style model, there was an 808 model, but it was very poor. So, the e-cigarette 901 was modeled from the 808, but was more durable and of better quality. The 901 was the last model to use the auto batteries.

Then came the e-Cigarette 510, which was the first e-cigarette that used a button to operate the battery and device. This revolutionized the industry as the smoker could better control the vapor production and thoroughly enjoyed the technology.

The 510 was most popular for some time, then came the eGo e-cigarette. It was a modified version of the 510. They use the same threading and same atomizing. However, the eGo had a larger battery.

Then the Mega eGo and 510 were modified from their standard counterparts. The Mega versions used a large 110mAh and 280mAh batteries as well as larger atomizers.

After the Mega models came the Tanks. The first of these was the eGo-T, which uses a cartridge that has no absorption tissue. Instead, a storage tank hold the eLiquid. The system drips the liquid directly onto the atomizer. However, there was a problem with the eGo-T leaking. All models like EC112-T, 901-T and 510-T are the same.

The eGo-C is the same as the eGo-T. However, it was modified so that just the coils could be replaced when necessary, as opposed to the entire atomizer piece.

Then came the eGo-W, which was a new eGo model that used a Clearomizer system. The system combines eLiquid store, cartridge and atomizing coil all in one unit. It is a very durable model that was fashioned to resemble a pen.

Next, came an entire generation of Clearomizers. The CE4 was the first of the stylish Clearomizers to be released. It was a solid unit with a tip and it is very easy to use. All you have to do is fill it with eLiquid and you are ready to vape. This model is great for helping people switch, better than any other model created.

Then came the CE5, which was modeled from the CE4. The two are exactly the same, except all of the parts are easily exchanged, instead of having to replace the whole Clearomizer when the coil needs replacing. There for it is a much more inexpensive option. The CE6 was modeled after the CE5 and uses the same parts. However, the tank and tip are larger. This model is more durable than the CE5.

The next set of models revolutionized the industry. The eGo-ProTank uses a bottom-loading coil design, so the coil is always under liquid. The gravity fed system provides a consistent flow of eLiquid to the heading coil, which offers a more consistent vapor. When the liquid has traveled up, the coil can become dry and create a burning taste. However, the low maintenance eGo-ProTank solved this issue.

The eGo-H2 uses the same technology as the ProTanks. However, it uses a polycarbonate tank instead of Pyrex glass and hard chromed metal. Many users who live in cold climates prefer the plastic tip because the metal tip can get very cold.

Finally, we just released the eSmart, which is modeled after the CE4 and is made to be slightly smaller. Smokes who consider the eGo to large and the 510 too small love the eSmart model. It provides great vapor and is available in a variety of fun colors.

For more readings on the Best e-Cigarette Brands, Click Here