Whether you are new to vaping or you are a vaping veteran, it is likely that you have come across the term e-Cig mods while shopping and researching electronic cigarettes and accessories. Obviously, mod is a simple way of saying modification. While some of the e-Cig modifications do not resemble cigarettes at all, there are some that do not look like anything that you want to put near your mouth. 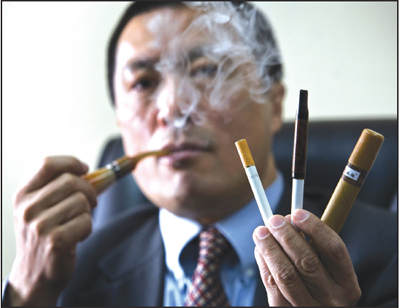 The Changing World of Vaping

With eCigarettes rising to such unpredictable heights of popularity, it was only a matter of time before a vast subculture emerged as a result. The current craze among the vaping community is e-Cig mods. An entire realm of vaping action is taking place far beyond the basic brands of electronic cigarettes.

If you are not familiar with e-Cig mods, you will truly be amazed with all that there is to see out there. Proficient vapers are working determinedly in order to modify their blends of eLiquid and tweak their atomizers. Their primary goal is to create a unique vape that offers exceptional flavor and supreme vapor. Some e-Cig modders, as they are called, become so skilled with their e-Cigarette hacking abilities that they go pro and sell their e-Cig mods for a high price.

Mods Having an Influence

You may have noticed e-Cigarette mods popping up in e-Cig forums and vapors meeting up at local shops. Modders are proud to show off their most recent builds, just as an antique auto enthusiast likes to display their awesome hot rods. However, e-Cig mods do not come from just a bunch of geeky vaping fanatics. These mods may actually be having an influence on the way that the emerging electronic cigarettes and related gadgets are regarded by policy makers and politicians.

While many have said that is was the technical side of eCigs that first caught their attention, it was really the mods that brought them into vaping. The big attention grabber was the fact that e-Cig modders are not focused on the impossibility of replicating an analog cigarette experience. With e-Cig mods, you do not get the feeling that you have a real cigarette that you are holding or puffing. In fact, you do not even hold them in the same manner, nor do you hold your lips in the same position. Vaping with e-Cig mods is a completely different experience.

These mods are not about providing similarities, it is about changing the ritual of vaping. No longer is using an electronic cigarette about smoking cigarettes, it is about the act of vaping itself. It has become its own thing and it continues to increase in popularity with the help of e-Cig mods as well as new and improved products on the market.

In the past when e-Cigarettes first hit the market, enthusiasts who wanted to make their own modified versions has to get creative. While there are many people out there who still enjoy building mods, the amazing eCigs currently available really leave little reason for mods.